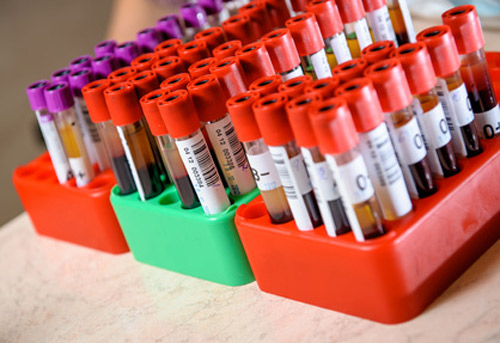 Bringing it closer to one of the world’s fastest-growing diagnostic market places, the Laboratory for Advanced Medicine (LAM)’s blood-based liver cancer test has been granted Breakthrough Device designation by the U.S. Food and Drug Administration (FDA). The test analyzes the DNA methylation pattern of cell-free DNA (cfDNA) non-invasively, and can indicate the presence of hepatocellular carcinoma as early as Stage I. The FDA’s Breakthrough Devices program speeds up development, assessment and review of particularly promising medical devices.

The global liquid biopsy market is expected to reach several billion dollars over the next few years, according to analysts. This market includes breast, lung, brain, and other malignancies. Colorectal and prostate cancers represent the largest market segments now.

LAM in based in the U.S. and China. It develops innovative technologies for cancer diagnosis. “The FDA’s recognition of the liquid biopsy test’s potential for the early detection of liver cancer represents a significant milestone for the company,” said Shu Li, Ph.D., LAM’s Chairman and Chief Executive Officer.  “The ability to accurately detect cancer from a blood draw holds immense promise for improving the diagnosis, prognosis and monitoring of cancer. Testing for and detecting cancer earlier, even before symptoms arise, enables physicians to treat earlier and smarter, improving patient chances of survival and reducing the cost associated with treatment.”

The company’s liver cancer test can detect the disease before it becomes life-threatening. The test has low false negative and false positive rates.  Preliminary clinical study of LAM’s cfDNA methylation-based biomarkers for non-invasive hepatocellular carcinoma (HCC) demonstrated 95% sensitivity and 97.5% specificity. That data was presented at The Society for Immunotherapy of Cancer (SITC) 33rd Annual Meeting in November 2018 and at the American Association for Cancer Research (AACR) Annual Meeting in March 2019.

“This non-invasive way of uncovering the earliest signs of malignancy is attractive to both providers of healthcare services and patients alike,” said Jinjie Hu, Laboratory for Advanced Medicine’s Chief Regulatory Officer. “With over 700,000 patients who are at increased risk for liver cancer in the United States and a 15-fold increase in 5-year survival rates when the cancer is detected at early stages versus late stages, we are honored by the FDA’s recognition and look forward to bringing this technology to the market.”

The test will be further evaluated in a clinical trial called CLiMB, which is enrolling patients with liver cirrhosis who are recommended for hepatocellular carcinoma (HCC) ultrasound screening every 6 months. During these regular visits, when ultrasound is typically performed and blood samples are being drawn, these patients will also be tested using LAM’s liver cancer test. The study will then compare results from ultrasound alone, LAM’s liver cancer test alone, and both tests together. ( More information about the CLiMB trial is available at: https://clinicaltrials.gov/ct2/show/NCT03694600).