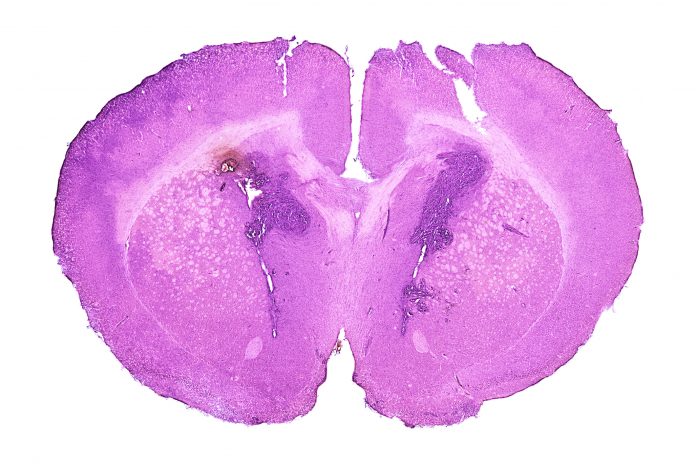 An enhanced liquid biopsy test developed by researchers at Massachusetts General Hospital (MGH) has shown improved sensitivity for detecting specific biomarkers in gliomas that shows significant promising in both detecting and monitoring treatments for this deadly form of cancer.

By comparing blood samples from patients with gliomas with tumor biopsy tissues from the same patients the researchers in the department of neurosurgery at MGH found that a novel digital droplet polymerase chain reaction (ddPCR) blood test they pioneered could accurately detect and monitor two mutations of the gene TERT, C228T, and C250T, over time.

Their discovery, “TERT promoter mutation analysis for blood-based diagnosis and monitoring of gliomas,” was published in the journal Clinical Cancer Research.

“Liquid biopsy offers a minimally invasive tool to diagnose and monitor the heterogeneous molecular landscape of tumors over time and therapy,” noted the researchers.

“Detection of TERT promoter mutations (C228T, C250T) in cfDNA has been successful for some systemic cancers but has yet to be demonstrated in gliomas, despite the high prevalence of these mutations in glioma tissue (>60% of all tumors). Here, we developed a novel digital droplet PCR (ddPCR) assay, that incorporates features to improve sensitivity and allows for the simultaneous detection and longitudinal monitoring of two TERT promoter mutations (C228T and C250T) in cfDNA from the plasma of glioma patients.”

Glioma is a group of tumors that arise from the glial cells in the brain. These cells support the function of the other main brain cell type—the neuron. Gliomas usually happen in the cerebral hemispheres of the brain, that controls many functions including movement, speech, thinking, and emotions. But they can also affect the brain stem, the lower part of the brain that controls functions like breathing, blood pressure, and heartbeat, the optic nerves, and cerebellum.

Telomerase reverse transcriptase (TERT) has received a great deal of attention in recent years for its role as a prognostic and predictive molecular marker of glioma.

“Liquid biopsy is particularly challenging in brain tumors because mutant DNA is shed into the bloodstream at a much lower level than any other types of tumors,” explained Leonora Balaj, PhD, instructor in neurosurgery at MGH.

“By ‘supercharging’ our ddPCR assay with novel technical improvements, we showed for the first time that the most prevalent mutation in malignant gliomas can be detected in blood, opening a new landscape for detection and monitoring of the tumors,” she added.

The researchers tested the performance of the ddPCR assay in tumor tissue and observed that the results aligned with the results from an independently performed clinical laboratory assessment of TERT mutations in the tumor specimens.

Then they observed samples of blood plasma matched to patient tumors and found that the ddPCR assay could detect TERT mutations both in samples from MGH, as well as from similarly matched plasma and tumor samples from collaborators at other institutions.

The ddPCR assay has the ability to detect the presence of a glioma by 62.5%, which is an improvement over previous assays for TERT mutations in the blood for brain tumors, compared to the standard of tissue-based detection of TERT mutations.

“We envision the future integration of tests like this one into the clinical care of our patients with brain tumors,” said Bob S. Carter, MD, chief of neurosurgery and co-director of the MGH Brain Tumor Center.

“For example, if a patient has a suspected mass on MRI scanning, we can take a blood sample before the surgery and assess the presence of the tumor signature in the blood, and then use this signature as a baseline to monitor as the patient later receives treatment, both to gauge response to the treatment and gain early insight into any potential recurrence.”

The researchers look forward to expanding their assay to be able to differentiate many types of brain tumors. Their discovery has the potential to improve the diagnosis and monitoring of gliomas and may lead to future advancements in brain tumor diagnosis.