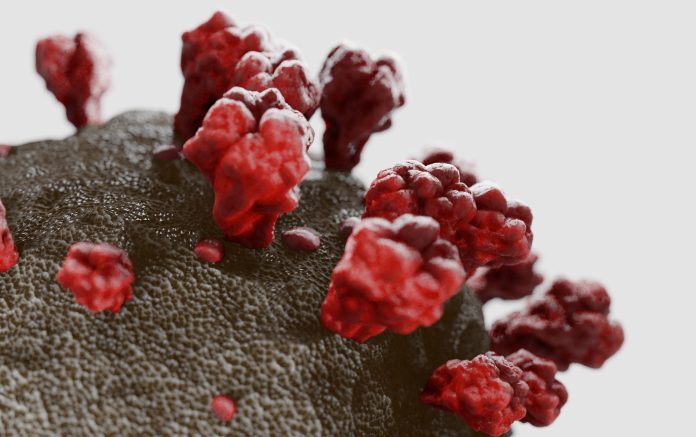 The SARS-CoV-2 virus has been accumulating mutations since March, one of which could at least partly account for increased spread of the virus in the US from mid-May, suggest results from a University of Texas at Austin study.

The researchers compared more than 5,000 viral genomes extracted from patient samples from those infected in two distinct ‘waves’ of the virus in spring and summer 2020. They found that a specific variant expressed in the spike protein, called D614G, was present in 71% of the spring wave genomes but this had increased to 99.9% in the summer wave.

Results from lab and animal studies investigating this variant have shown that it appears to increase the viruses ability to infect cells in the lungs, which might explain why it has quickly become widespread.

The first COVID-19 patients were reported in Texas in early March and the lab serving the Houston Methodist Hospitals was one of the first to begin testing people for infection with the virus. There was a distinct first ‘spring’ wave of the virus that began in March, peaked in April and then sharply declined until May 11th. At this point cases began to rise rapidly again, marking the beginning of a second ‘summer’ wave. For the purposes of this paper, the end of the summer wave was July 7th.

During the spring and summer waves the Houston Methodist Hospital labs tested 55,800 patients for SARS-CoV-2 infection, 9,121 of whom were positive. As reported in the journal mBio, the research team sequenced 5,085 SARS-CoV-2 genomes, 1026 of which were from infections in the spring wave.

“The virus is mutating due to a combination of neutral drift — which just means random genetic changes that don’t help or hurt the virus — and pressure from our immune systems,” said Ilya Finkelstein, Ph.D., associate professor of molecular biosciences at the University of Texas at Austin and co-author of the study.

The prevalence of the D614G variant had increased by almost 30% between the spring and summer waves, according to the analysis. Notably, although it appears to make the virus more infectious, it does not seem to have impacted the severity of infections seen in patients.

This is not the first time the rise in prevalence of D614G has been observed and the findings in this paper correlate with global trends. For example, a paper published in July by an international group of researchers showed that the D614G variant had become the most commonly observed strain of the virus around the world in less than 1 month.

“The virus continues to mutate as it rips through the world,” Finkelstein said. “Real-time surveillance efforts like our study will ensure that global vaccines and therapeutics are always one step ahead.”

It is normal for viruses to mutate over time, particularly one as widespread as that causing COVID-19. However, on a positive note, coronaviruses (including SARS-CoV-2) seem to mutate more slowly than other RNA viruses such as influenza and HIV. They have a proofreading enzyme that seems to correct errors occurring during viral replication. To date, the rate of genetic change in SARS-CoV-2 seems to be about half that of flu and only a quarter of the rate seen in HIV.

Pfizer’s COVID Treatment Paxlovid Gets Emergency Use Authorization from FDA