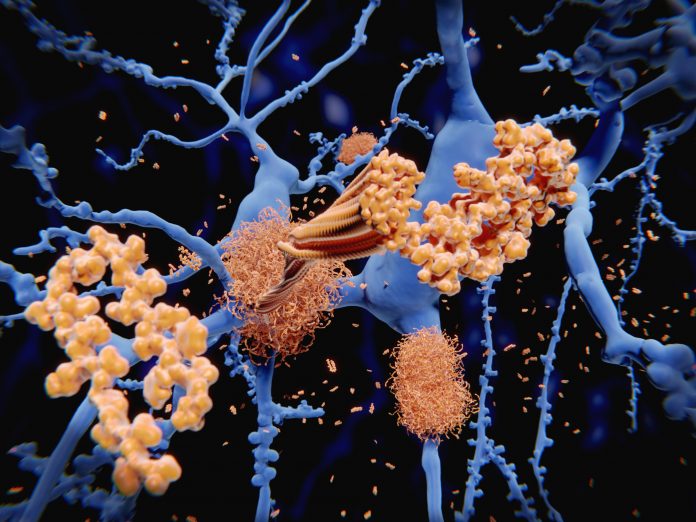 Existing and emerging cancer drugs could be repurposed as therapies for people at highest risk of Alzheimer’s disease, based on their genetics, according to a new study published in Science Advances. Research combining analysis of brain protein alterations in these individuals as well as laboratory experiments in animal models and cell cultures could help scientists identify existing drugs to test for their potential as Alzheimer’s treatments more quickly.

The findings are from researchers at the National Institute on Aging (NIA), part of the National Institutes of Health; and NIA-supported teams at the University of California, San Francisco; Rush University, Chicago; and the Icahn School of Medicine at Mount Sinai, New York City. The lead author is Jackson A. Roberts, of the NIA and Columbia University Vagelos College of Physicians and Surgeons. Senior author is Madhav Thambisetti, M.D., Ph.D., chief, Clinical and Translational Neuroscience Section, NIA Laboratory of Behavioral Neuroscience

As the authors write in their paper, APOE4 has a strong link the development of Alzheimer’s. It is: “the most robust genetic risk factor for sporadic or late-onset Alzheimer’s disease (AD). Heterozygous carriers of the ε4 allele are at 3 to 4 times greater risk of AD, while homozygous individuals are at 10 times greater risk relative to noncarriers. APOE ε4 carriers also have an earlier age at onset of AD.”

APOE4 carriers start accumulating amyloid in their brains many years before developing symptoms. And compared to non-carriers of APOE4, they have a much higher rate of plaque development. The underlying biological pathways that lead to amyloid accumulation, however, are not clearly defined yet.

These scientists identified brain protein changes related to the APOE4 genetic risk variant in young postmortem study participants (average age at death was 39 years) and compared these changes with those in the autopsied brains of people with Alzheimer’s and those without (average age at death was 89 years). This helped them identify proteins altered in the brains of AD individuals that are also dysregulated in young APOE4 carriers.

Next, they validated those proteins across multiple independent cohorts including brain tissue samples from human studies and two transgenic AD mouse models using proteomic and transcriptomic methods. Finally, using phenotypic assays in cell culture models, the researchers showed that drugs targeting three of these proteins—STAT3, YES1, and FYN—rescue distinct molecular phenotypes relevant to AD pathogenesis. The researchers then tested whether existing Food and Drug Administration (FDA)-approved or experimental drugs for other diseases act upon some of these proteins

They found that an experimental drug for liver cancer and Dasatinib, approved for chronic myeloid leukemia, acts upon some of these Alzheimer’s disease related proteins, suggesting they could be potential Alzheimer’s therapies. The drugs also reduced neuroinflammation, amyloid secretion, and tau phosphorylation in cell culture experiments, underscoring their potential as candidates to be tested in Alzheimer’s clinical trials.

The analyses included brain samples from the Baltimore Longitudinal Study of Aging, the Religious Orders Study, and other NIA-funded studies.

These findings add to evidence from another recent study showing the value of this kind of data-driven approach to drug repurposing research. Next steps could include testing these drugs in clinical trials. For those already FDA-approved or that have already been tested for safety in other trials, the timeline for testing could be decreased.

GWAS Identifies Common Gene Variants that Cause Many Psychiatric Disorders