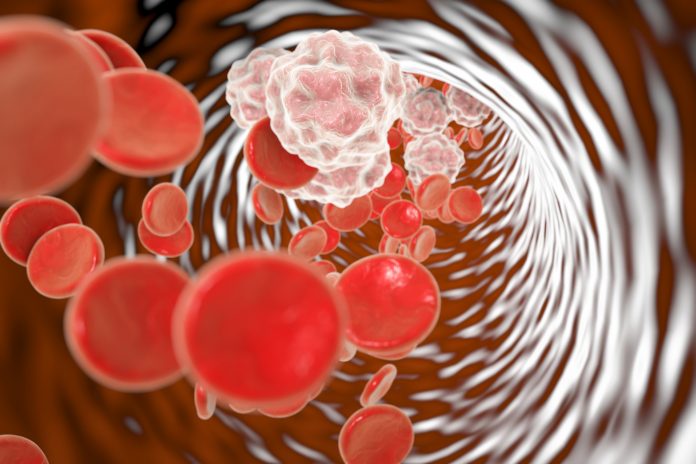 A study led by researchers at Vanderbilt University Medical Center has identified a potential new drug target to treat inflammatory conditions such as multiple sclerosis, inflammatory bowel disease, and allergies, a mitochondrial enzyme encoded by the gene MTHFD2.

This enzyme has previously been linked to cancer and is involved in ‘one carbon’ metabolism, a process that allows cells to generate methyl groups and use them to influence gene expression, as well as other cellular processes.

“One-carbon metabolism has been a target for drug development for years and years, but it really hasn’t been explored in an unbiased way,” said Jeffrey Rathmell, a professor at Vanderbilt and Director of the Vanderbilt Center for Immunobiology, in a press statement.

As reported in the journal Immunity, Rathmell and colleagues used a CRISPR screen to study genes in the one carbon pathway and assess their contribution to inflammation, as controlled by the T-cell response.

The MTHFD2 enzyme was found to be highly expressed in animal models of asthma disease flare-ups. “MTHFD2 is important for nucleotide synthesis not only for DNA, but also for proper signaling required for T cell function,” said first author of the study Ayaka Sugiura, a graduate student in Rathmell’s group.

Inhibitors of MTHFD2 have been assessed for their anti-cancer potential, as the enzyme is present at high levels in a lot of cancers, but these have proved ineffective in preclinical studies to date.

To assess their potential for inflammatory disease therapeutics, the researchers tested a well-characterized MTHFD2 inhibitor in animal models of multiple sclerosis, inflammatory bowel disease, and a general allergic response, and showed that it reduced disease severity.

“It was promising that while the inhibitor suppressed inflammation in multiple disease models of hyperactive T cell activity, it did not affect desirable T cell responses, such as the response to vaccination,” Sugiura said.

The researchers note that while these inhibitors have been unsuccessful in anti-cancer studies to date, they may have more of a beneficial effect in cancers strongly driven by inflammation.

“Our findings identify MTHFD2 as a critical metabolic checkpoint in CD4+ T cells. Although there is broad overlap between cancer cell biology and the biology of rapidly proliferating T cells, we find that CD4+ T cell subsets display an additional sensitivity through modulation of cell differentiation and function,” write the authors.

“It is likely that targeting MTHFD2 in cancer therapies may restrain anti-tumor immunity. However, settings such as colorectal carcinoma, where Th17 cell-mediated inflammation contributes to disease, may be well suited to MTHFD2 inhibition.”

The team is now exploring how the CRISPR panel, which was developed by Sugiura, could be used to explore other disease models. “This screening strategy and whole approach to look for important disease genes, which might be therapeutic targets, in an unbiased way is really valuable and has been very impactful for our group,” Rathmell said.