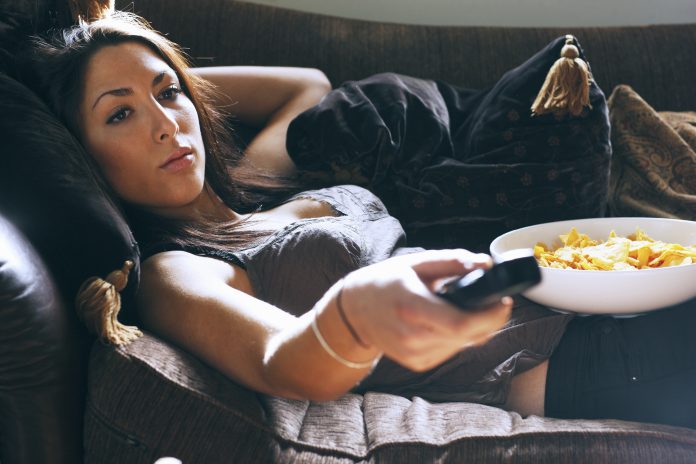 Some people wake early every morning to run, bike, swim, or lift. For others, finding the motivation to work out can be more of a challenge. A new study shows that the difference between the two may be held in the epigenetic control of the expression of certain genes. And, since epigenetic mechanisms are inherently more malleable than genetics, the findings suggest a potential way to help “program” people to enjoy being more physically active.

The work is published in a paper entitled, “DNA methylation in AgRP neurons regulates voluntary exercise behavior in mice,” published in Nature Communications.

Researchers from the Baylor College of Medicine report the surprising creation of an “epigenetic couch potato” mouse. They found that changes in DNA methylation in neurons within the hypothalamus have a major impact on levels of voluntary exercise behavior.

“We study developmental programming, which refers to how the environment during development can have a long term impact on risk of disease,” said corresponding author, Robert A. Waterland, PhD, professor of pediatrics nutrition at the USDA/ARS Children’s Nutrition Research Center at Baylor and Texas Children’s Hospital.

Over the last several years, the researchers studied various mouse models to understand developmental programming of energy balance, that is, the balance of calories consumed vs. those burned off. A prolonged positive energy balance leads to obesity. And, whether the early environmental influence was fetal growth restriction, infant overnutrition, or maternal exercise during pregnancy, the long-term effect on energy balance was always due to persistent changes in physical activity, not food intake.

“Our earlier findings suggested that establishment of one’s physical activity ‘set point’ can be affected by early environment, and that this may involve epigenetics,” said Waterland.

In the current study, the team designed an experiment to directly test whether DNA methylation in the brain affects energy balance. They focused on the hypothalamus, a brain region that plays a central role in energy balance, and in particular, studied a specialized subset of hypothalamic neurons called AgRP neurons, famous for their role in regulating food intake.

The researchers disrupted DNA methylation in AgRP neurons by disabling the Dnmt3a gene. Dnmt3a is responsible for adding methyl groups to DNA, particularly in the brain during early postnatal life. The results showed that, indeed, DNA methylation was dramatically reduced in AgRP neurons of these mice. The investigators then tested whether these animals gained or lost weight when compared to normal mice.

“We expected that interfering with DNA methylation in AgRP neurons would result in major changes in the animals’ weight,” said Harry MacKay, PhD, a postdoctoral fellow in the Waterland lab and first author of the study. “Somewhat disappointingly, however, the Dnmt3a-deficient mice were only slightly fatter than those that were not deficient.”

When the researchers explored the cause of this change in energy balance, they expected to find differences in food intake between normal and Dnmt3a-deficient mice. But there were none. Instead, they found a major difference in spontaneous physical exercise.

The researchers placed running wheels in the animals’ cages for eight weeks and measured how much they ran each night. Normal male mice ran about 6 km (3.7 miles) every night, but the Dnmt3a-deficient mice ran only half as much and, accordingly, lost less fat. Importantly, detailed treadmill studies showed that, although they ran only half as much as normal mice, the Dnmt3a-deficient mice were just as capable of running. They had the ability but appeared to lack the desire.

“Our findings suggest that epigenetic mechanisms, such as DNA methylation, that are established in the brain during fetal or early postnatal life, play a major role in determining individual propensity for exercise,” Waterland said. “Nowadays, as decreases in physical activity contribute to the worldwide obesity epidemic, it is increasingly important to understand how all of this works.”